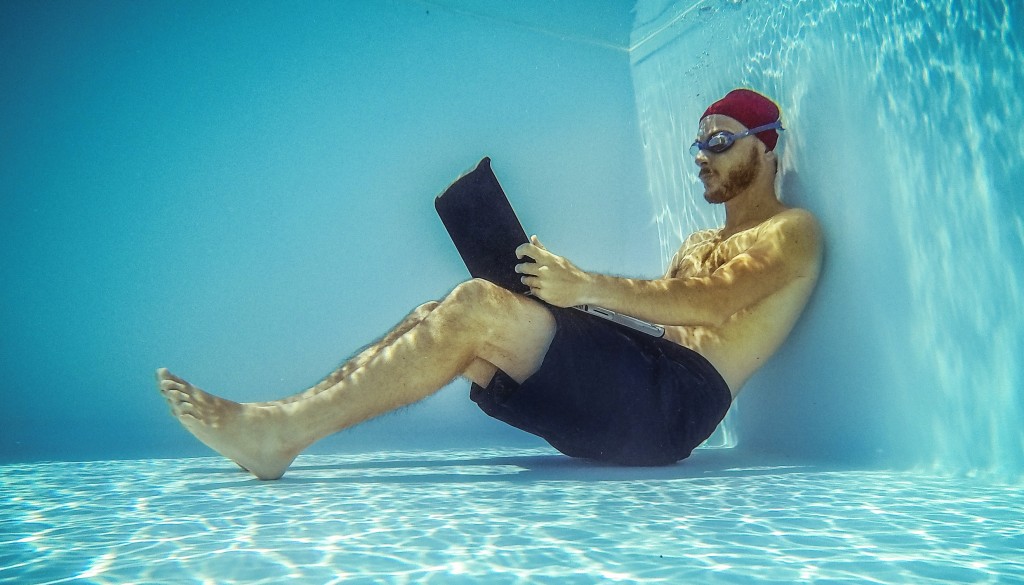 It was response to demand that inspired Paramount’s Managing Director Steve Martin to launch a new thermally-insulated pool cover earlier this year. In truth, it was four years of inspiration, research, design and development that enabled the Therma-safe covers to become an overnight sensation.“In 2014, we were in our 20th year of selling Aquamatic covers, and within that time, we had made extensive modifications and improvements to suit the UK market,” recalls Steve.“However, one improvement that continued to evade us was finding the right insulation material to produce a thermally insulated cover.”Research has shown that an uncovered pool can lose as much as 5˚c heat in 5 hours. Installing a Thermo-safe cover can reduce heat loss in the same period by up to 85% to as little as 0.65˚c.

The additional consumer list price for a 10 x 5m pool is £1,000 for the Thermo-safe pool cover based on 10-year life expectancy, equating to £100 per annum. For the Thermo-safe Spa version, based on 6 x 3m spa, the additional consumer price is £500 with a payback of up to 23% on energy bills with a heat retention cover.Having undertaken a year-long widespread research on various insulating materials, Steve and Paramount were introduced to Therma-Float® in 2015 that specialises in the development of high-performance insulating materials for offshore workers, mariners and militaries throughout the world. “In particular, we were drawn to their work with life rafts where their product is used to prevent the cold harsh, extreme Atlantic waters penetrating the floor of the raft,” says Steve. “The company was most notably affiliated with the Richard Branson ICO Global Round the world balloon challenge too.“Once we had established the right material and supplier we set about producing a cover for swimming pools,” continues Steve. “On paper, encapsulating both insulation materials within the PVC fabric material seemed straightforward. “However, we were not expecting the complexities of how the two different materials would work against each other; especially when being hydraulically wound up onto a roller drum.”Working closely with the Aquaflex team, Paramount experimented with several fabrication methods until we managed to produce a cover with the correct operational characteristics. Before launching the cover, Paramount made the commercial decision to extensively test the product. In March 2015 they installed the first Thermo-safe pool cover on a 10 x 5m pool built locally by Harlequin Pools. The cover was removed and inspected at six monthly intervals to check for any excess wear or irregularities.

To read more of this story please click here

High Octane Fun At Coventry’s Wave In The UK

Day by day, these magazines observe, analyse and tell the story and evolution of the sector. The International Pool & Spa Press Alliance is a reference guide in the international pool market.